In January 2019, Guernsey Harbours — the organisation responsible for the administration and operation of St Peter Port and St Sampson’s harbours — requested a quote for a set of IALA-approved marine traffic lights.

Guernsey Harbours issued the Guernsey VTS Brochure, which described why a new Vessel Traffic Service (VTS) should be installed at St Peter Port. The brochure outlined the IALA traffic lights the harbour would adopt, based on recommendations and mandates from Safety of Life at Sea (SOLAS) and the Marine Accident Investigation Branch (MAIB), following International Maritime Organization (IMO) guidelines.

Our team visited Guernsey in the summer of 2019 to assess the site and discuss the project’s requirements before responding to Guernsey Harbour’s invitation to tender, issued in January 2021. The lights were commissioned for the harbour pier heads in Guernsey to construct a new VTS signal station responsible for vessel traffic management within the local harbours.

The coronavirus pandemic and the effects of limited visitor and vessel movements somewhat hampered the project’s programme. Nonetheless, things quickly got underway as soon as restrictions allowed, and installation of the VTS buildings, control systems and IALA lights was completed in time to see them fully operational in early May 2022.

Hydrosphere assessed the range of requirements for delivering the aids to navigation infrastructure for Guernsey’s new harbour traffic service and came up with the most effective design for an IALA-compliant light system that would be suitable and available.

Our previous experiences with marine traffic light systems aided us in sourcing lights that would be visible from an acceptable range. With a background of bright sunshine at St Peter Port, ensuring traffic light systems would still be seen from an east and west direction was challenging.

This issue was exacerbated by the island’s tidal range of at least 10 metres and mariners’ physical viewing heights, given the variation in vessel types in the area — from condor ferries to canoes. Therefore, much care and attention to detail had to be taken regarding how each light could be seen up close and up to a nautical mile away in mid-summer skies on approach.

The Vega traffic light (VLB-44TL) that Hydrosphere had previously installed for similar jobs — and was once considered the best solution — had recently been removed from production when work began on this project.

Sabik, the new owners of Vega, had seen the opportunity to redesign these lights and developed the VLB-44XE: an extended version of the new VLB-44X. The VLB-44XE was the ideal choice for this application, with remote control capabilities, super robust construction and a new brightness intensity that uses low power consumption.

With a combination of lenses (or layers), the lights can focus LED light beams narrowly to reach the furthest possible distance and also refract light up and downward to make it visible from a greater range of heights. This vertical divergence allows for varying viewing distances — from vessels inside and outside the harbour.

The installation of first-rate traffic lighting at Guernsey Harbour’s recently renovated VTS area has made a massive improvement in the control of aids to navigation and ensured the safe passage of marine traffic in and around St Peter Port for many years to come.

Remarkably, due to the challenges presented by the pandemic, the Guernsey harbour team was tasked with designing and installing the lights and cables themselves. The result is impressive, durable and neat — essential due to the severe weather and heavy wave action encountered by the harbour wall and pier head.

Sabik’s lights are all independently intelligent, with automatic brightness settings and the ability to feed back their active status to the VTS operator. Furthermore, as they must work together in unison and in multiple combinations, operators can manage the complex structure from the VTS office’s touchscreen control system.

These products also come with redundant link backup switches, allowing the lights to be operated manually from within their masts. All connection points, controls and battery-backed power supplies are housed alongside the marine-grade tilting masts in robust enclosures for safety. Additionally, these lights provide a range of signals that permit one-way or two-way traffic and indicate when to proceed through the entrance per instructions from the Guernsey Harbour’s VTS office.

As these IALA signals are recognised and interpreted by different vessels, there is also the scope to expand the range of possible light signals for a small ship channel. Furthermore, the lights have an emergency setting of ‘flashing reds’ that can effectively ‘close the entrance’ to any marine traffic in the event of an emergency.

If you’d like to discuss your project’s requirement for quality traffic control systems or other marine navigation lights and equipment, please get in touch with sales@hypdrosphere.co.uk. 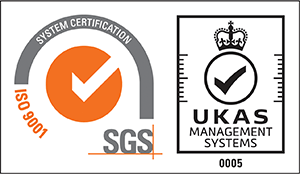